Get fresh music recommendations delivered to your inbox every Friday.
We've updated our Terms of Use. You can review the changes here.

by Every Damn Day 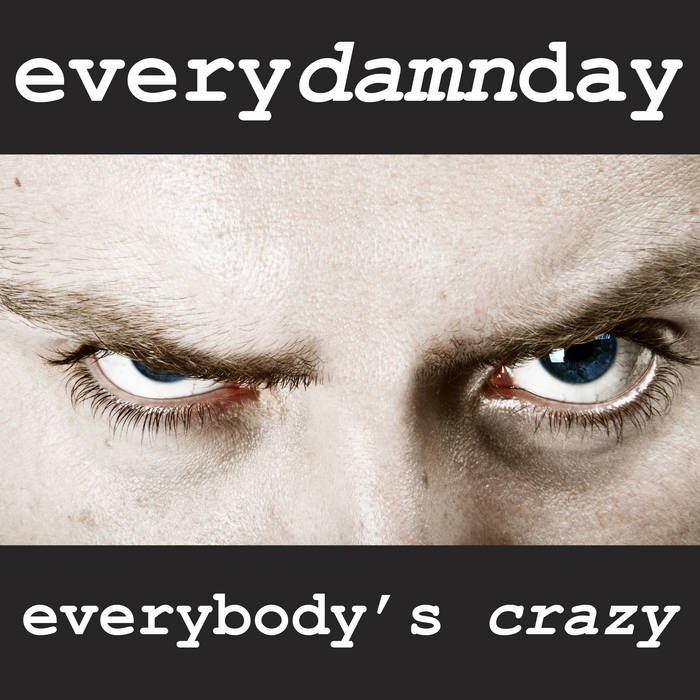 This “lost” track from the mid-1990s was briefly included in the band’s set list before it was discarded for being inconsistent with EDD’s power-pop aesthetic. A basic recording of “Everybody’s Crazy” was discovered in 2020. Vocals, revised lyrics and additional guitars were added in 2021.

The song’s message not withstanding, when someone tells you they’re crazy, it’s best to believe them.

You wanna talk mental health?
Well, honey I’ve done a wealth
Of firsthand research of the subject
Some people shouldn’t be allowed in public

Everybody’s crazy
Everybody’s off the wall
And I’ve got some news for you, babe
I might be the craziest one of all

In 1990, musicians Mike Daly and John Reynolds, who were writers/editors at a New Jersey-based alternative newspaper, founded Every Damn Day, along with bassist Jim Van Sickle and drummer Rich Stout. For 15 years, EDD was a staple of the NY/NJ music scene.

Daly, Reynolds and Van Sickle are currently in Mike Daly & The Planets. ... more

Bandcamp Daily  your guide to the world of Bandcamp